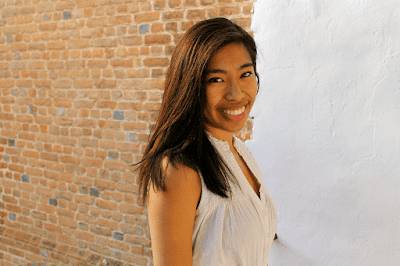 What does it mean to invest in oneself? To put yourself first? Isn’t that a bit selfish?
There was a time when I believed that putting myself first was just that: selfish. It took me a while to figure out that I was wrong.

I grew up in a household where I was always encouraged to be a good person. I volunteered my time as often as possible, usually with my family. Once, my mom, my school teacher at the time, and I went to an orphanage. We donated some items, and spent time with the kids there. I was seven years old. I remember volunteering a lot after that, from helping out at the church soup kitchen, to spending summers running youth reading programs at the library or golf clinics at The First Tee. Volunteering wasn’t a chore. It was a way of life.

In college I did alternative break trips, where I learned about hunger and homelessness and the aftermath of Hurricane Katrina. I received a community service grant to work with a non-profit that did programs for inner-city youth. Upon graduating from college, I was selected for a teaching fellowship overseas. I packed my bags and moved to Thailand for a year. And while I received a living stipend from the sponsoring organization, I was essentially a volunteer teacher. I wasn’t making any money that I could save. I remember staying in the office after school, not because it was part of my responsibility, but because I truly wanted to help my students. I offered tutor sessions to whomever wanted them - including the local teachers. Some students lived on campus because the commute back to their village was too far, so I would go to the student dorms after class and help students with their English homework. Giving to others was - and is - central to my life.

I don’t share this because I want a pat on the back. Instead, I want to highlight that while I believe it’s good to give to the community, the most important thing one must do is give to oneself. Investing in yourself takes courage. It can be hard. It can mean many things. But above all, it requires to put yourself first.

After my teaching fellowship, I came back to the US and moved back in with my parents. For eight months, I was unemployed. But I was gentle with myself. I kept volunteering with a couple of non-profit organizations, and continued applying for jobs and networking. And for the first time in my life, I started to truly care about my physical health. I began exercising a few days a week. Soon, that grew into four or five days filled with cardio, weights and yoga. It came to a point where I would have to force myself to take rest days so my body could recover between workouts. I even changed my eating habits. Before this time in my life, I used to eat whatever I wanted - and to excess. My acid reflux had become so intense that my esophagus lining was eroding. So to keep the acid at bay, I’d take medicine everyday. With my newly realized lifestyle, fruits and vegetables became staples to my diet. Salad was no longer “rabbit food” to me. I was learning to cut down on white rice and instead, try smaller portions of sweet potatoes and brown rice. Red meat was swapped out with poultry every now and then. I found that staying away from fast food and junk food kept energized. All the while, I kept volunteering, seeking applications and meeting people to network with and learn from. Eventually, I found part-time work at a local university. And after that, I was accepted into a leadership program in Pittsburgh, so I packed my bags once again.

It’s been three years since I was unemployed. But during that time, I actually truly focused on myself and my health. I invested in wanting to feel healthy. I focused on my body, which in reality enriched my mind and spirit. I had already been doing creative writing and art, so my mind was satisfied. I had also already found a home through my faith by going to church and prayer, so my spirit was satisfied. Alas, my body was aligned.

While it may seem like I was experiencing failure - by living at home with my parents and not finding gainful employment for eight whole months - I’m sincerely thankful I had that time and space to figure out what was missing in my life. Taking care of myself had to include my body, too.

I recently started running again, as a persistent ankle injury has kept me from lacing up my running shoes as frequent as I would like. It turns out I had improper running form, so now I’m a bit more smart about that. I’m signed up to run a 5K - and hopefully a 10K - this Spring. I know that by embracing what seems to be failure (for me, it was coming home to unemployment), I can create an opportunity to focus on what I truly need in that moment. At that point in my life, it was that I needed to be healthy. There have been several of moments that have tested me, including failure, since then. But now I know: prioritizing those moments to invest in myself, no matter if it requires more attention to my mind, body or spirit, should always come first.